Get to know.. Anne MacColl

Find out a little bit more about our wonderful Commercial Account Handler, Anne!

Anne.. how long you have been in the industry?

24 years. I started as a trainee in personal lines at Profile Insurance after my A-Levels and never left!

Since 2005 when IFM acquired Profile Insurance. I started as Personal Lines Supervisor before moving over to Commercial Insurance for a new challenge after about 4 years.

Everyone always tells me I should have been a teacher. I love horses and I’m quite outdoorsy so maybe a riding instructor.

I was born in Chesterfield and grew up in Dronfield. I lived in Sheffield for about 10 years before returning south of the border with my now husband.

Friday night is usually curry night over in Dronfield with my parents. Saturday mornings are spent up at my riding yard for a lesson and maybe a hack afterwards to relax. Saturday afternoon is usually relaxing at home. I try to persuade Rob to go for a walk or bike ride on Sundays after my one lie in of the week. We have 2 1970’s Raleigh Choppers which is the source of some amusement to our neighbours watching two middle aged hippies scooting off down the road.

Apart from the ponies, I play guitar and ukulele (not very well) and I enjoy getting out into Derbyshire for long walks. I am quite a keen but not competent gardener. Hubby is always despairing when I come back from the shops with some bedraggled specimen I think I can save.

I’ve been lucky enough to travel a fair bit in the American southwest and Arizona is somewhere I could keep going back to. Especially Sedona and Monument Valley. We’ve stayed on a cattle ranch in Tucson a couple of times and had great fun barrel racing (see the photo to the right!) and rounding up cattle (badly) We’re due to go back to Utah later in the year, all being well and I can’t wait to see more of the state. For something more sedate, I love Greece, especially Lindos, Rhodes – really great food and genuinely lovely people.

Rob’s chilli in a giant Yorkshire pudding. We were in a bar one night with one of my oldest friends who now lives in New York. As one always does in the pub, we came up with the genius plan to open a restaurant serving only Yorkshire puddings going round on a conveyor belt with assorted fillings. We decided it would hereafter be known as Yo Yorkshire.

I love mixing Ben and Jerry’s Cookie Dough and Chocolate Brownie together.

My taste is pretty eclectic but I love classic 60’s rock, Grunge (especially Nirvana) and Britpop and I’m a big Beatles fan. I love Muse and the Foo Fighters but also smaller, less well known bands like Idlewild, Delays and Cosmic Rough Riders.

Just in the middle of After Life on Netflix and before that it was Peaky Blinders. We’re trying to get my parents to watch Breaking Bad but I think it’s a bit much for them.

What’s the phone app you use most?

Probably WhatsApp. It’s been a Godsend during lockdown to keep in touch with family and friends.

What’s your favourite board game?

I really like one called Concept which is a bit like Charades but on a boardgame. You have to get quite creative!

I met Bryan Adams when he pulled me on stage some years ago. I’ve met a few famous people. I was a big Kula Shaker fan and after they split, Crispian Mills, the lead singer, formed a new band called The Jeevas. I was one of their ‘street team’ and used to travel round the UK going to gigs and generally making a nuisance of myself. I remember his mum Hayley Mills being backstage at one of the gigs in Oxford and being too shy to say hello to her! He was always really kind though. Here’s a picture of us both at Fibbers in York. 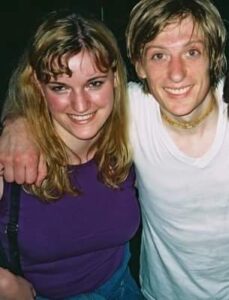 I love it when I get an email from a client saying thank you. Such a small thing but it instantly makes me feel better.

I would love to stop worrying so much about everything. Especially things I can’t do anything about.

I would be giving a lot of it away, paying a few mortgages off and donating to charity. After that, I think we’d sell up, buy an RV and take off round the world.

I can make a chicken out of a tea towel. 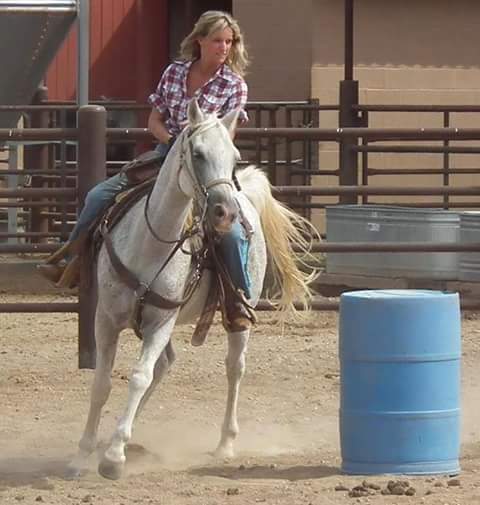